Capsicums are attacked by a range of key pests especially Western Flower thrips (WFT), Two Spotted mite (TSM) and aphids. WFT are also able to transmit Tomato Spotted Wilt virus (TSWV) and no varieties have complete resistance to this virus. In recent times all of these pests have developed resistance to many of the insecticides commonly used for their control. Biological Services has a suite of beneficial insects and mites to help control most of the key pests in capsicums. Over the last 5 years, our capsicum program has proved very successful even in high pest pressure areas such as Virginia, on the Adelaide Plains. IPM programs for crops of capsicums are now regularly implemented in Western Australia, South Australia, Victoria and Tasmania.

Growers need to be aware that good crop hygiene, screening of pests (where possible), and also starting with clean seedlings free of residually toxic pesticides is essential.

Any virus affected plants in the early stages of the program need to be removed as soon as they are detected to prevent further transmission of virus.

WFT can cause considerable scarring damage to capsicum fruit which can down grade fruit quality. However the main issue with WFT in capsicum is that they are the main vector of TSWV. Due to the virus sensitivity of capsicums, almost complete WFT control is required. To achieve this we release 3 predators to target various stages of the WFT lifecycle. The key predator is Orius tantillus (Orius). Orius can attack all active stages of thrips including adults, but takes 4-6 weeks to fully establish. To help control juvenile thrips developing under the calyx, we also introduce Neoseiulus cucumeris. Cucumeris is applied early in the crop cycle to all plants in high numbers, which helps keep thrips low whilst Orius establish properly. Many thrips including WFT drop from the plant to pupate. To help control thrips pupae in the soil or growing media we inoculate with 2 species of Hypoaspis (H. miles and H. aculeifer). These predators also aid in fungus gnat control.

To maintain good levels of WFT predators in this crop it is important that there are plants flowering at all times. This is especially important for Orius and Cucumeris populations which are sustained by the pollen.

Nearly all capsicum crops will attract TSM at some stage. At the very first sign of TSM, growers should release Phytoseiulus persimilis (Persimilis), treating the ends of all rows, any known hotspots and place small amounts 5-10m apart on each row. Persimilis establish readily in greenhouses but pest mites will also breed quickly due to higher temperatures, low humidity and sometimes dusty conditions. Biological Services release all Persimilis in a pure form transported in a vermiculite carrier. This method ensures no pest mites or other pests are introduced into growers crops. Each bottle contain 10,000 predators, and it is recommended that 2-4 releases are conducted per crop depending on pest pressure. In hot/dry situations it is advised to introduce Californicus in conjunction with Persimilis.

Capsicums are mostly attacked by Green Peach aphid (Myzus persicae). This pest is well controlled by Aphidius colemani which we release regularly even prior to the pest being detected. However it is important to identify aphid species correctly as they are also attacked by Potato aphid (Macrosiphum euphorbiae) and Glasshouse Potato aphid (Aulacorthum solani). All three aphid species can be yellow/green in colour. The latter two species are not well parasitised by Aphidius colemani so we also release a mixture of Aphidius ervi and Aphelinus abdominalis with the A. colemani to aid in control. Where aphid levels are increasing and parasites are not yet well established, a compatible aphicide spray may be required to prevent plant damage. Typically we would advise to spray only the aphid hotspots rather than the whole crop while the parasites establish.

Capsicums are also affected by secondary pests such as fungus gnats, broad mite, caterpillars, whitefly, mirids and green vegetable bug. All these pests need to be monitored closely and compatible controls are available, but it is highly recommended to contact Biological Services before applying any treatments for the first time without consultation.

Release 40 litres of Hypoaspis mix per hectare just after planting.

Release 40 litres of Cucumeris per hectare on capsicum plants and repeat this release rate 2-3 times during the season, depending on pest pressure. Begin releases as soon as flowers appear, extra predators may be required when WFT pressure is high.

Release Orius at 5-10 Orius per hectare depending on pest pressure and district history. Release half the predators at the first signs of open flowers, and repeat one to two weeks later. Extra Orius may be required where WFT pressure is very high or if houses do not have adequate screening and are prone to movement of pests from outside the greenhouses.

Release up to 30 bottles (10,000 predators/bottle) of Persimilis per hectare over the season by releasing 5-10 bottles/ha/release at 3-5 separate occasions. Releases should commence as soon as the very first mites appear. Extra predators may be required in high mite hotspots.

Release 10 litres (50,000 predators/litre) in situations where hot/dry conditions prevail, partiularly on boundaries on hottest walls. Several releases may be required if Persimilis is not established. 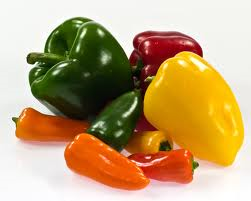