Eggplant or aubergine are fairly tough plants, but pests love them. They are heavily attacked by whitefly and two spotted mite (TSM) in particular, but are also good hosts for western flower thrips (WFT) and aphids. Biological Services IPM program for eggplant incorporates a range of predatory mites and wasp parasites, and more recently we have added the voracious general predator Nesidiocoris tenuis (Nesidiocoris) to the range of beneficials needed for eggplants. This program is very successful in controlling most of the key pests, and there are some selective chemical products that can be used in conjunction with the beneficials. Even in high pressure, unscreened houses our IPM program has proven to be better than spraying alone. Reductions in pesticide use of 75-90% are achievable over the life of the crop.

Several beneficials are introduced to control whitefly. Encarsia formosa (Encarsia) and Eretmocerus warrae (Eretmocerus) are parasitic wasps that attack the juvenile nymphs of whitefly. They lay their eggs into the nymphs. The wasp eggs hatch, kill the nymph and emerge as another wasp instead of a whitefly. Encarsia is very efficient in Spring and Autumn. In hot weather, Eretmocerus is more dominant. Nesidiocoris is an aggressive predator that devours whiteflies. It can feed on all stages including the adults. It can take a while to establish, especially in cool conditions so it is important to release parasites as well as Nesidiocoris especially in the first 3-4 months of the crop. If Nesidiocoris reaches high levels and insect prey is scarce, it may cause some superficial plant damage on its own - especially in hot conditions as it obtains some of its moisture needs from the plant. In these situations, their numbers may need to be reduced by a selective pesticide. They are easily controlled, but it is important not to kill them all, so ensure you keep in contact with your Biological Services consultant for the best advice. Eggplant is less sensitive to damage compared to tomato and controls to lower Nesidiocoris are less frequent and often not needed. Growers using Nesidiocoris are required to sign an indemnity form which states they understand this insect will feed on the crop and that Biological Services are not responsible for any damage it may cause.

Persimilis is the key predator for TSM in all greenhouse crops including eggplant. Regular, low level preventative releases are advised for this mite sensitive crop. However if mites are noticed prior to release, high levels of predators should be used to get on top of the pest early. In situations where conditions may be hot and dry we also release Neoseiulus californicus (Californicus). These predators do not move as quickly from plant to plant but help in conditions that do not favour Persimilis. We can release them cost effectively in high numbers and they aid in control of broad mite. They are generally able to persist in the crop when pests are low. Nesidiocoris will also feed on TSM.

Whilst the most prevalent aphid species in eggplant is green peach aphid (Myzus persicae). This crop is also prone and attractive to other aphid species such as potato aphid (Macrosiphum euphorbiae) and glasshouse potato aphid (Aulacorthum solani). For this reason we release a mixture of Aphidius colemani, Aphidius ervi and Aphelinus abdominalis. These wasps are best used at low rates in regular intervals immediately after planting. Release weekly for 6-8 weeks, and most likely reduce to fortnightly after that. Nesidiocoris will also feed on aphids but will feed first on whitefly and moth eggs in preference to other pests.

WFT is the main greenhouse thrips pest, but other species such as onion thrips (Thrips tabaci) can also be present. Whilst eggplant is not sensitive to thrips damage and or virus infection compared to capsicum, we still recommend a range of beneficials for thrips in our program. Hypoaspis mix is released on the soil surface or growing bags at planting. This predatory mite feeds on thrips pupae on the soil surface. They also aid in the control of root invading pests like fungus gnats and shore flies. Cucumeris are also applied just prior to or at flowering and again a few weeks later. They colonise very well on eggplant and feed on juvenile thrips in flowers and under the calyx. Some leaf feeding by thrips is usually acceptable in eggplant as it is rare that the pest population builds enough to damage the fruit. Therefore we do not usually release Orius in this crop, and Nesidiocoris will aid in control of adult thrips in any case. Cucumeris are useful in containing broad mite also.

Eggplants are also affected by secondary pests such as fungus gnats, broad mite, caterpillars, green mirids and green vegetable bug. IPM compatible controls are available for most pests, however prior to control of any pest consult your Biological Services advisor to ensure the intended treatment is compatible with the IPM program.

2/m² weekly for the life of the crop or until whitefly are brought under good control by Nesidiocoris. Re-release parasites if Nesidiocoris numbers need reducing, until their population recovers.

1/m² weekly as per Encarsia

Nursery - 0.5/plant, or in crop - 1.5/m². One inoculation is generally enough. Tops ups may be required depending on the evenness of establishment or pest pressure.

6 bottles (10,000/bottle)/ha preventatively starting 2-3 weeks after planting, and then every 2-3 weeks after that for 4-6 releases. If TSM are already present or when first detected increase rate to 10-12 bottles/ha. Once well established, further releases may only be needed if resurgence occurs.

10 litres (50,000/litre)/ha preventatively prior to hot/dry conditions. If hotspots of pests are present, release more heavily in these areas. If Persimilis is not established several releases of Californicus will be necessary.

5 vials/ha/fortnight preventatively throughout the life of the crop. If aphids are present in the first few weeks, it is a good idea to release weekly for the first 6-8 weeks until wasps are established.

40L/ha once at planting

40 litres (40,000/litre)/ha just prior to first bloom, and again 3-4 weeks later. If thrips are active early, an extra release is recommended just after planting or in the nursery prior to planting out. 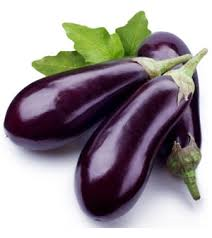