The introduction of Western Flower Thrips (WFT) to Australia caused a lot of problems for strawberry growers particularly in the southern growing districts of Victoria, South Australia and Western Australia. Growers resorted to regular toxic broad spectrum pesticides to control WFT. Initial control was adequate but WFT very quickly developed almost complete resistance to these controls and was causing a lot of damage. The regular spraying also caused secondary outbreaks of two spotted mites (TSM), which also developed resistance to the regular miticide applications being applied in an attempt to control them. WFT was first detected in Australia around Perth in 1993. It spread quickly in crops around the country despite quarantine measures. Our first successful IPM program to combat WFT in strawberries was in Albany WA in 2003. Later on WFT became a very serious pest in strawberries in Victoria and SA. In 2007 Biological Services and IPM Technologies (Paul Horne) Victoria, were invited by the Victorian Strawberry Association to a crisis meeting run by John Frisina of Landmark. IPM Technologies worked together with Biological Services to develop IPM strategies to successfully combat both of these serious pests by 2009. The program has been so effective that around 90% of the strawberry area in Victoria, SA and WA now utilise biological control to manage their key pests. These programs have now been extended to Tasmania. Prior to implementing an IPM program, growers should contact their strawberry runner providers to ensure there are no residually toxic pesticides present in their plants that might affect their IPM program.

TSM are present in every strawberry planting. They are extremely damaging to foliage and seriously damage plant health if not well controlled. The key to the strawberry IPM program is to firstly control TSM by using Phytoseiulus persimilis (Persimilis) predatory mites. Persimilis are highly effective predators that control all life stages of TSM. Good control of TSM with Persimilis is achieved in both outdoor and covered strawberry crops. However TSM breed quickly in covered situations due to higher temperatures, lower humidity and sometimes dusty conditions. It is critical to monitor carefully and introduce Persimilis early and quickly in these situations. Persimilis used in strawberries is released pure, in bottles containing 10,000 mites and mixed with vermiculite. This form of Persimilis is free from any pest contamination, and will not cause TSM hotspots to develop from release points (which can sometimes occur from releases on leaf if the predator to prey balance is not right). Obtaining good biological control of TSM is essential so that chemical miticide sprays are reduced or eliminated.

Where miticides are regularly used we are not able to establish properly the key predator Cucumeris (also a mite) to control WFT. It is recommended to release Persimilis 2-3 times a season. In hot, dry or dusty situations Californicus predators may be used in conjunction with Persimilis.

WFT can cause considerable bronzing damage to strawberry fruit and when uncontrolled down grade fruit quickly and reduce shelf life. To control WFT, several predators are used in conjunction depending on the pest pressure at each site.

A mixture of Hypoaspis species (H. miles and H. aculeifer) are released soon after planting, to control thrips pupae in the soil. This is important in the field as first year plants are usually planted into sterile fumigated ground.

At flowering, releases of Neoseiulus cucumeris (Cucumeris) are conducted to control young thrips which develop under the strawberry calyx. This is the main predator used to control WFT in uncovered strawberries. Three releases of Cucumeris a season are generally recommended in spring, early summer and early autumn.

Strawberries grown under covered protection develop much higher levels of WFT as the increased temperatures and lower humidity is ideal for thrips development. In this situation releases of Orius tantillus, a predatory bug are utilised in conjunction with the Hypoaspis and Cucumeris. Orius not only control the juvenile stages but also feed on adult stages of WFT in the flower. Orius takes 4-6 weeks to establish properly and it is critical that good levels of flowers are present in the crop prior to introduction.

Strawberries are also affected by secondary pests such as caterpillars, aphids, Rutherglen bugs, mirids, slugs, snails and some other sap sucking bugs. There are several IPM compatible treatments that can be utilised for other pests if they are used carefully and only when needed. It is recommended to contact your Biological Services consultant prior to applying treatments for other pests.

Initially release 1 bottle (10,000 predators) of predatory mites per 10,000 strawberry plants early in the growing period (approx. 5 bottles/ha) either prior to or as soon as the very first mites appear. Repeat this release rate a few weeks later and then as required during the season, depending on pest pressure. Extra predators should be released into more heavily affected areas (hotspots) as soon as they are detected. If mites are high prior to the first release, increase the rate to 2 bottles/10,000 plants (10 bottles/ha).

Release 25 litres of Hypoaspis mix per hectare as a once off release into first year plantings. Apply soon after planting, especially into soils that have been fumigated to help restore some beneficial soil activity.

Release 25 litres of Cucumeris per hectare in strawberry blocks at first bloom and repeat this re lease rate again about a month later. Extra releases may be required when WFT pressure is high, after broad spectrum chemicals have been used, or after very hot conditions to restore their populations.

Where WFT pressure is high in the open field, and especially where crops are grown under covered structures it is highly recommended to introduce Orius for WFT control.

Release 10,000 Orius per hectare on strawberry plants as soon as even flowering occurs, and repeat this release two weeks later. In extreme thrips pressure situations higher release rates are required, and the second release may occur one week after the first. 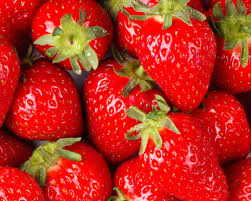