Watermelons in Northern Australia are sensitive to melon aphid infection (Aphis gossypii). Recently these aphid populations have developed resistance to a range of currently registered chemicals. In certain areas aphids can carry and transmit several viruses making their control even more important. To alleviate the chemical resistance issues several growers in Western Australia and the Northern Territory have instigated IPM programs since 2011 with good results. These programs have focused on regular inoculative releases of Aphidius colemani to help control aphids in conjunction with releases of the predatory mites Phytoseiulus persimilis (Persimilis) and Neoseiulus californicus (Californicus) to aid in control of two spotted mite and bean red spider mite. Growers need to be aware that good crop hygiene and also starting with clean seedlings are essential. The next part of the program is to eliminate the broad-spectrum residually toxic pesticides that will kill both the released biocontrol agents and those that are present naturally. In many situations neonicotinoid pesticides have been widely used. These pesticides are broad-spectrum and kill most beneficial organisms. They also last in the soil for several seasons continuing to be detrimental to biocontrols well after their use has been stopped. Natural biocontrols play a large part in controlling key pests in these crops, so limiting these persistent pesticides is critical. In many instances the harmful sprays can be replaced by more selective chemicals which allow the beneficials to survive.;

Aphidius colemani is an excellent parasite of melon aphid (Aphis gossypii). Low level inoculative releases commencing early in the season is recommended to try and get parasites established as soon as possible. Initially 1000 wasps/ha is suggested, released 3 times, a week apart into each consecutive crop starting about 2 weeks after transplanting. Rates may be increased after aphids are detected or for any known hotspots.

Persimilis is still a key predator in these crops particularly if they can be well established early season (March-May) before it gets too hot. Due to the hot conditions from July-November we also release Californicus in conjunction with Persimilis. Californicus is able to tolerate both hotter temperatures, and lower humidity than Persimilis. Both predators are released with an inert carrier such as vermiculite and are delivered free of any plant material or pests that may invade the crop.

Melons are also affected by secondary pests such as silverleaf whitefly, caterpillars, and leaf hoppers. All of these pests need to be monitored closely and some other IPM controls are available. It is highly recommended to contact Biological Services before applying any chemical treatments for the first time with-out prior consultation.

Release Aphidius weekly using 2 vials/ha (500 Aphidius/vial). Once establishment has occurred this may be reduced. Under high pressure, introductions of up to 5-10,000 wasps per hectare per week may be needed until good parasite populations are established.

Release 5 bottles of Persimilis (10,000 predators/bottle) per hectare per release using 2-3 releases per crop depending on pest pressure. Begin releases when plants start to run or as soon as mites appear. Extra predators may be required into high mite hot spots.

Release 10 litres (50,000 predators/litre) of Californicus per hectare per release using 2-3 releases per crop depending on pest pressure, at the same timing as Persimilis. 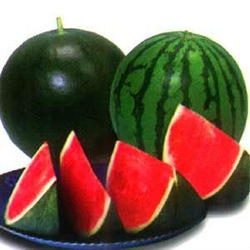