Until the 1950s the Riverland/Sunraysia district was red scale free. Low level detections at this time saw each district set up red scale eradication committees. Mandatory control was initially based on cyanide fumigation of individual trees using large tents which also killed anything else inside the tree. Reports of some chicken deaths (using trees to roost) upset the wives of a few growers! Shortly after, as the pest became more widely distributed, high volume applications of organophosphate insecticides (Malathion and Parathion), applied with oscillating booms, were used. Between 1962 and 1966 most orchards (between 80-90%) received at least one annual spray of insecticide, and often an oil spray later in the year to keep scale levels low. Untreated orchards developed severe infestations which in some instances killed whole trees.

During the late 1960s the South Australian and Victorian Agricultural departments both investigated biological options. Aphytis melinus proved the most suited parasite for the Southern Mediterranean climates with hot/dry summers. Biological Services commenced rearing Aphytis parasites in 1971 - the first commercial insectary in Australia. By the mid 1970s Aphytis was established in all Southern citrus growing districts and gave spectacular control of red scale compared to spraying alone. A survey in 1977 estimated that 74% of all citrus orchards in the Riverland no longer used any sprays for scale and a further 18% used only a single oil spray for red scale, only 8% of orchards received an insecticide application in that year.

Aphytis work best in orchards that have a vegetative sward that supplies some humidity and coolness during extreme heat and reduces dust. Sprinklers (especially overheads) are also useful in keeping orchards cool and removing dust. Aphytis populations are impacted by insecticide sprays, heatwave conditions for extended periods and winter conditions. For these reasons, regular Aphytis releases between September and April are still considered valuable to keep populations present at all times. Whilst red scale will always be present, infestations no longer reach the extremes of the 1960s.

Over the years Biological Services has remained active in helping maintain citrus IPM programs and introduce new beneficials when quarantine is breached with new pest incursions. The following is a list of beneficials that have been introduced or reared by our company for Southern citrus districts to help reduce the need for regular insecticide programs in citrus crops.

It is suggested to release Aphytis at 25,000 parasites per hectare several times between September and April. For growers releasing regularly during the season we offer cheaper contract rates than for single releases. Contact the office for more information.

Whilst some other pests may require pesticide treatments from time to time, it is advisable to keep broad-spectrum and residual chemical treatments to a minimum. Varieties such as mandarins and juicing varieties like Valencia rarely require insecticide treatments. Release programs in these varieties can be used as breeding areas for parasites for the rest of the orchard. These areas may require an occasional oil spray for pests which will not disrupt your overall IPM program. 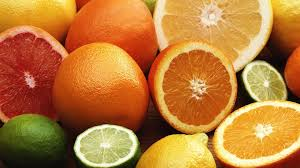